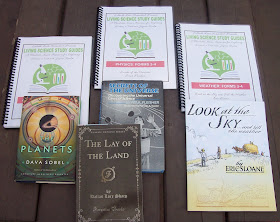 Last week, I reviewed RileyAnn's Year 9 Science, where she used Ambleside Online. Today, I want to share Ruben's Year 8 Science and his use of Sabbath Mood Homeschool guides, combined with a couple AO books. First, a look at the books and resources and how I scheduled them....

I chose the above term books and resources based on exposure and interest. What I mean by exposure is, Ruben didn't have much in the way of formal science in the areas of Astronomy, Physics, and Weather in the past so I wanted him to gain some base knowledge before high school. In addition, I read aloud The Sea Around Us by Rachel Carson in our Morning Time, which is an AO Year 6 Science/Natural History book. I thought those three term topics, along with a study of the sea, would bode well for a general Earth Science course.

In addition, Ruben is extremely mechanical, having a natural bent toward physics and engineering. He is also interested in meteorology and the weather so I wanted to somehow tie those interests together. I feel the combination of books and resources we used this year accomplished that goal. On the other hand, in an effort not to be off balance with biology or a life science, I added The Lay of the Land, which Riley really enjoyed last year. Sharp was an American author, professor, and Methodist Episcopal minister, who wrote books about native birds and small animals. He was a naturalist of sorts, who wrote The Lay of the Land in 1908 about a variety of woodland critters and birds, of which, Ruben is familiar due to his passion for the outdoors.

Overall, Ruben had a very rich year of science. We/he enjoyed all the books with the exception of The Planets by Sobel, which I cannot recommend in good faith for a few reasons. I actually ended up stopping it and subbing out part way through the term. Instead, we used a combination of Album of Astronomy by Thomas McGowan and The New Astronomy Book by Danny Faulkner, published by Master Books, both of which I had on the shelf. We didn't read either from cover to cover, but rather pulled information that matched the notebook assignments and experiments in the Sabbath Mood Homeschool guide. McGowan's book does have some evolutionary content, but Faulkner's book is from a creationist perspective and the combination afforded a nice balance.

In my humble opinion, Secrets of the Universe is a MUST READ for middle or early high school or anyone looking to gain knowledge of physics. It's a wonderful introduction. Fleisher's writing is easily accessible and engaging. Unfortunately, it's been out of print for some time, making prices for the original book ridiculous. Fortunately, it has recently been reprinted by Living Book Press in 5 separate books. The Sabbath Mood Homeschool guide is not necessary as Ambleside Online offers a reading schedule in their Year 7 curriculum. However, I wanted a guide to add a bit more to Ruben's study. It gave him notebook suggestions, links to various websites for further study, discussion prompts, and experiments, which he read through, but didn't perform.

Ruben's favorite science book of the year was Look at the Sky and Tell the Weather. Sloane's writing is interesting and his illustrations are amazing! RileyAnn also enjoyed Eric Sloane's Weather Book when she read it as part of her AO Science study in 8th grade. In addition, we read Diary of an Early American Boy by Sloane several years ago as part of Sonlight. Apparently, Sloane wrote a series of six weather books over his life. We will most likely be adding others to our future science studies.

The Sabbath Mood Homeschool study guides include 33 lessons that you can either schedule three times a week for 11 weeks, followed by a 12th week of exams, which is what we did. Or, you could schedule a lesson once a week for an entire school year, breaking for exams at the end of each term. The exams are included in the study guide. Again, they are not necessary to the books. You could simply read and narrate or notebook on your own. However, they were easy enough to follow and I liked having them as a jumping off point. I appreciate the advance work Nicole William's did for me.

Basically, Ruben followed the guides by doing a different lesson Monday through Wednesday. Then he read a chapter from The Lay of the Land on Thursday. He studied a different book each term as noted above. After his reading, he created one notebook page each week as part of his written narration. As you may know, Ruben is dyslexic and struggles with writing. Often times, I would help him pick out a main idea to summarize after the reading or assign him a copywork passage from the reading to accompany his illustration. Here are samples.... 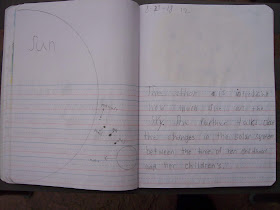 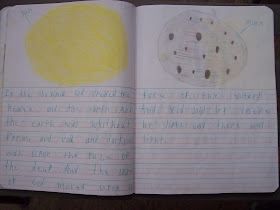 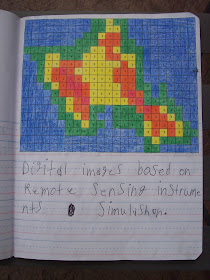 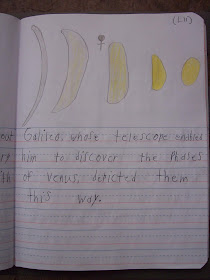 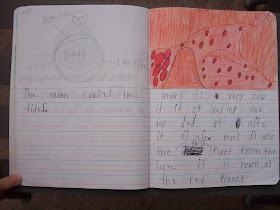 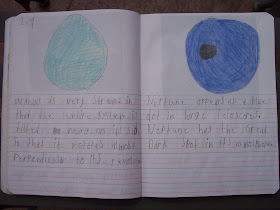 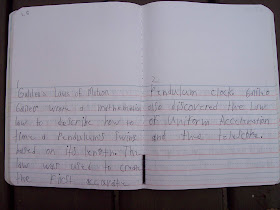 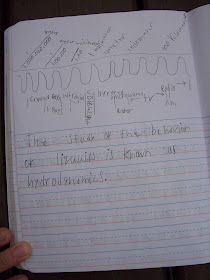 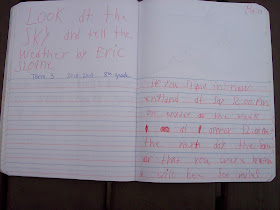 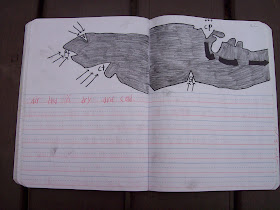 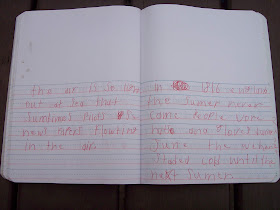 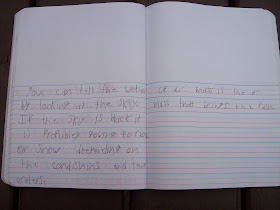